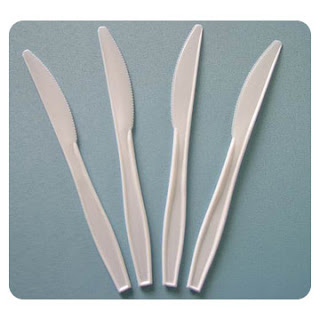 There are plenty of books that tell you items a parent should never be without:  a first aid kit, a well-stocked diaper bag, a fully stocked liquor cabinet.  But here is one thing that none of them will tell you to have:  a box of plastic knives.

Let me explain.  As the father of a four year old boy, I witness daily his infinite energy and inability to focus on one thing for more than five to ten minutes at a time.  He will play with his Legos and then jump over to his Cars and then ask for the iPad and then browse through a book.  I truly hope one day Andrew will be able to sit down and focus on one thing for more than...oh wait...the laundry is ready.  Be right back.

As I was saying, Andrew's lack of focus occasionally bothers me because I can foresee a time in the future when...hmm...I'm hungry.  I wonder what I have in the fridge.

You know what's great?  The chocolate chip cookie dough from Trader Joe's!  You pop them in the toaster oven for ten minutes, and out comes a delicious cookie.  Man, I need some milk.

Wow, I'm full.  Okay.  The point I was going to make was that I hope Andrew learns to focus on things more because it is an extremely important tool to have in your life.  I've been trying to teach him about concentration the past year, but it certainly seems as if he's not picking anything up from me.

All of this energy and focus on playing is great, but it does interfere with your parenting because trying to pry away your kid from his stack of cars can become a very frustrating and futile exercise in exerting your fatherly powers.  And more importantly, your child's ability to file everything else in life as unimportant behind playing causes something to get backed up.  Specifically, his poop.

I have spoken to other parents with young sons, and they all seem to have had similar experiences:  their son becomes constipated because they hold their poop while their playing which ultimately results in their butts giving birth to a mega-poop.  And no matter how many times you plead with your child NOT to hold their poop, they will and two days later another mega-poop is painfully given life to.

These mega-poops are so impressive in girth and size, it has become routine conversation around the dinner table.  Here's a fairly accurate conversation we had one day:


DAD
So what happened at home today?

MOM
Andrew did the largest poop ever!

EMMA
It was HUUUUUGE!

SCOTT
Did it hurt?

MOM
It was as big as his forearm!

If that ain't a Norman Rockwell painting, I don't know what is.

And all of this brings me back to my original point:  a box of plastic knives.  It has become an Ichikawa household imperative to have a box of plastic knives because this is the only way to get mega-poop down the toilet.  There have been one too many times when mega-poop has overstayed his welcome in our bathroom and has come precariously close to visiting us in the hallway.

I imagine within the next few years, Andrew will become better at listening to his body...or at the very least his sphincter.  My guess is that once he starts elementary school, he will start to mature more physically and mentally.  And with his ability to focus and concentrate on...oh snap!  Man Vs. Food is on now!  Gotta go! 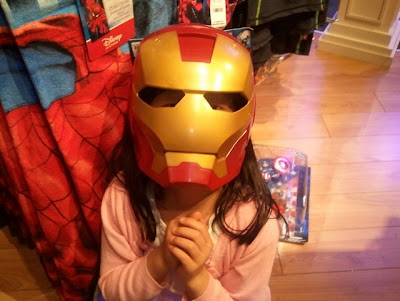 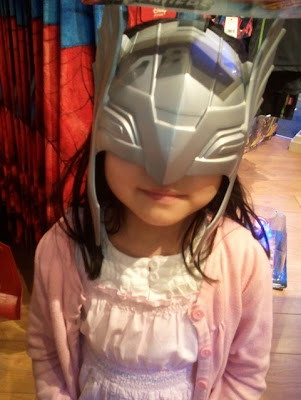 "By the magical wand of Thor!" 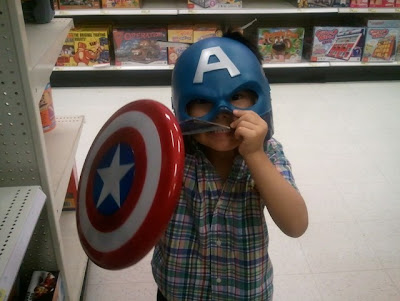 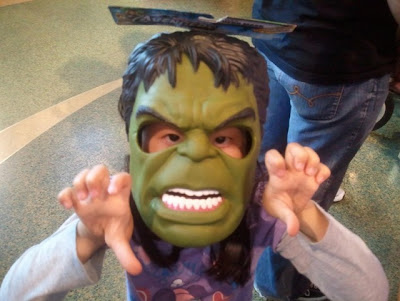 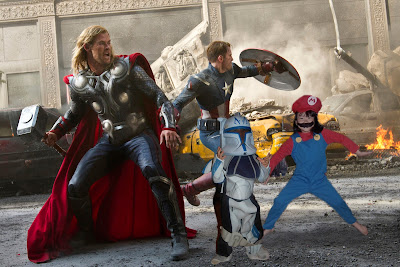 Avengers!  Have a great weekend!


Although having fraternal twins makes it easier for Andrew and Emma to develop their own identity, the kids are very good at making sure everything is the same.  The kids want everything to be like FOX news:  fair and balanced, yet mixed with the occasional hypocrisy and lying.

Folded into this eye for fairness is competitive behavior.  Lisa and I try to make a conscience effort to praise Andrew's and Emma's individual achievements without implying that the other one, well, sucks.  But how much sugar coating do you really want or need to do when one kid is obviously not as good at something as the other kid?  I don't go around telling the kids, "Wow!  Andrew, you do a super job at peeing standing up.  But Emma, look at that mess you made.  That's just plain awful."

So as I continue to struggle with praise and encouragement with the kids, I bring you this short video that shows you Andrew's solution with this problem:  cheating. 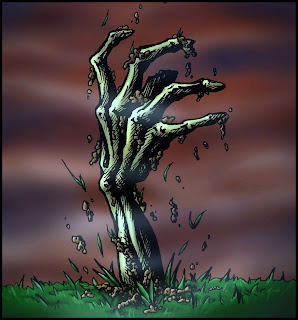 As four months have passed without a single update, I assume many of you who occasionally check to see if there has been a new entry have come to a few assumed conclusions:  1)  I have ended the blog.  2)  Something in my life has caused me to put the blog on hold.  3)  I became a tragic casualty of the zombie apocalypse, and this blog was automatically posted after my unfortunate transformation to warn you of the impending violence and chaos.

Although my appearance has become quite haggard, I have not become a zombie nor is the blog ending.  The past four months has just been a combination of too much work and not enough free time.  There was a one month period in which I suddenly started to get migraine headaches, and it ended with me having flu-like symptoms for a week.  Immediately after that, there was a one month period in which Lisa and the kids played the world's smallest violin out of pity for me.

So there you have it.   The blog is not dead, I'm not dead, and I'm not a zombie (Although did I mention my haggard appearance?).  In the upcoming days and weeks, I'll recap some highlights over the past few months such as someone losing their first tooth, our first vacation in a hotel, the chaos of purchasing a new car, and how I averted a zombie apocalypse. 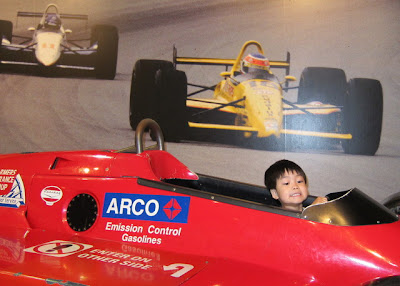 Daddy does not approve of this car. 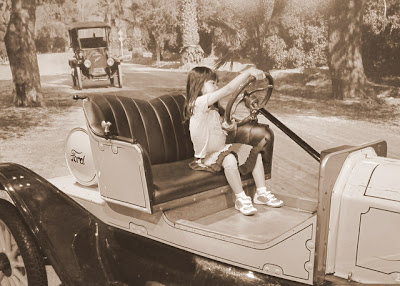 Emma experiences what it was like when Mommy drove her first car. 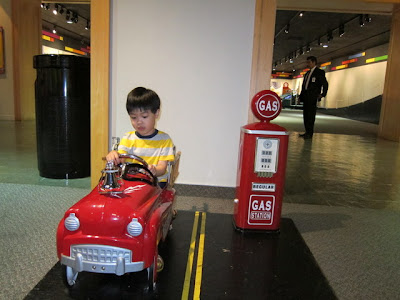 Daddy approves of this car. 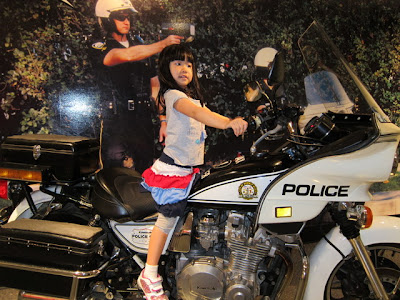 Move over, Ponch and Jon!  There's a new CHiP officer in town, and she's not easily ruffled when she lays down the law. 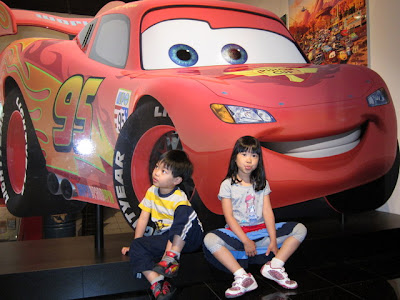 Have a great weekend!
Posted by Shipoopi at 11:14 PM 2 comments: 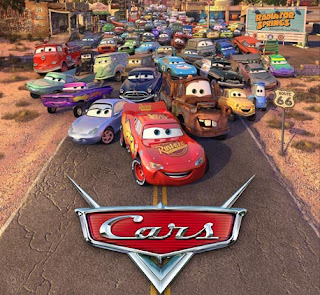 How does Pixar do it?  How do they get millions of boys infatuated with their Cars merchandising?  Do they put something in the die-cast paint like car crack or car-caine?  Have they embedded their plush dolls with speakers and at night John Lasseter whispers things like "If you ever stop loving Lightning McQueen, then Chick Hicks will give your parents cancer"?  Regardless, Andrew is still a Cars loving freak.

But one good thing did come out of it:  he learned to spell.  Or at least he found the need to spell.  You see, Andrew began to ask me how to spell words like "Cars 2" or "Mater" or "Ed Catmull President of Pixar Animation Studios".  Why?  Because Andrew would find my iPad, select the YouTube icon, and then search for videos about Cars.

So far, Andrew has learned to spell a handful of words.  He can spell his name, Cars, Cars 2, mommy, daddy, Emma, and a pretty decent list of words that are similar to Mater such as water, later, and antimaterialism.

Here are a few pictures of Andrew showing off his adeptness with spelling. 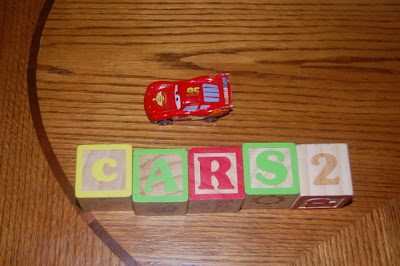 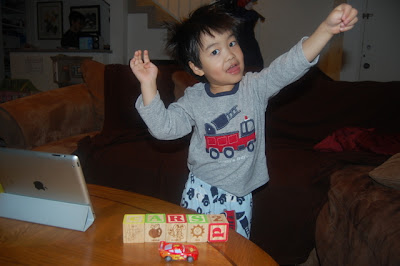 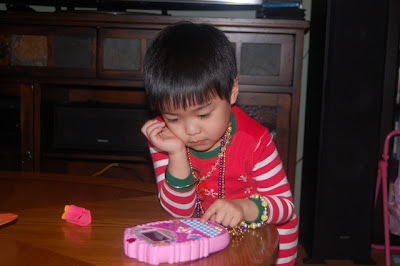 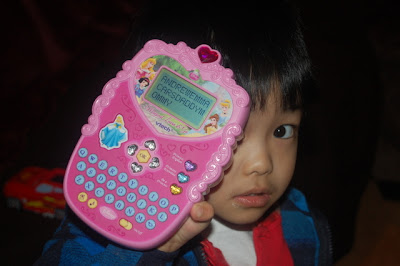 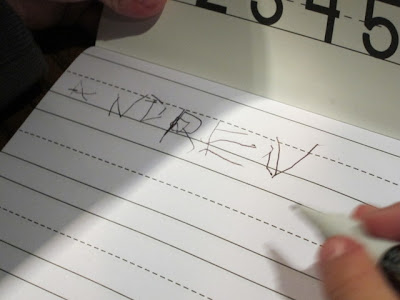 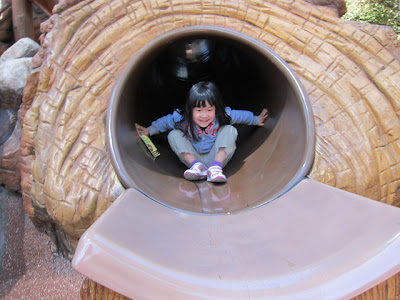 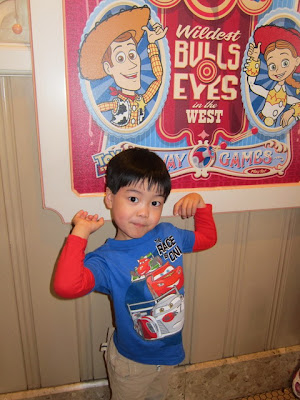 I can't tell if Andrew is flexing his muscles or auditioning for La Cage Aux Folles. 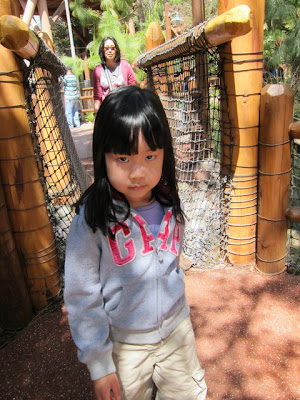 "Maybe this would be the 'Happiest Place on Earth' if you got that damn camera out of my face..." 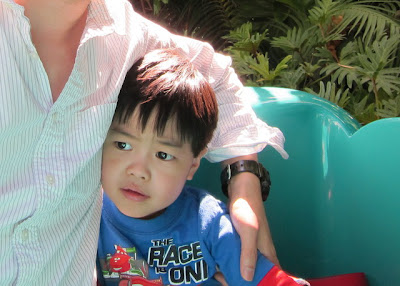 "Someone needs a Fastpass for a stick of deodorant." 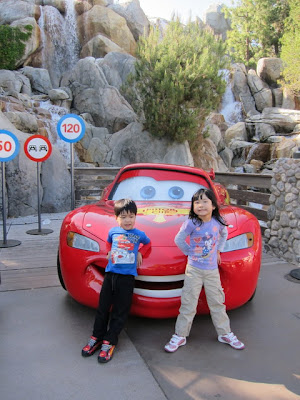 Have a great weekend!
Posted by Shipoopi at 10:27 PM No comments:

What is Yippy Dippy Doo?

What do you think of the new look of the blog?